I worked with a private duty patient at Brentwood. Although I feel it is a fair place from a nurse point of view I saw things that were not appropriate. There was one situation where a supervisor told me and the sister of someone who she had been seeing about a patient in there and why she was there. This is a major HIPPA violation. Another incident occurred when the same patient was sexually inappropriate and I told the nurse and he said it was funny and he was going to pop popcorn and do a video. After I reported this to the person who hired me I was told a few days later the administrator said I could not come back. I was also told by the family that my job was not to bathe and when I told the staff they continued to harass me to help. The assistants are so untrained that I felt for safety measures it was best to assist. There was also racial tensions. A black nurse on evenings told me not to do baths and they would. I refuse to make a dementia patient bathe because it is against patient rights. She told me he next time to call her. A week later the patient refused a bath and the assistant could not reach the nurse. The next week the same thing happened and the nurse did not come but told the assistant to do a sponge bathe. The next day my employer was told I could not come back. I saw an employee doing cartwheels and laying on floor. I saw a nurse firmly force a resident with dementia in her room. You see what they want you to see and I truly believe they make it up as they go. Inwas also surprised my employer had so much knowledge of other patient’s business such as a patient when was moved to Georgia and was being highly sedated. That is why it is an ethical concern when employees date patient or residents family members.

Brentwood Retirement Community is a senior community located at 2505 Alabama Ave in Muscle Shoals, Alabama. The neighboring area has a medium-density population, with approximately 18,000 individuals living in the 35661 zip code. With an average per-household income of $47,284, it is a predominantly middle income area. It is located nearby plenty of local amenities, such as churches, retail stores, and health care facilities. There are dozens of pharmacies within one mile of the community. They're located just 2.19 miles from Shoals Hospital. There are also multiple churches within four miles, including First Baptist of Muscle Shoals, First United Methodist Church, First Assembly of God, and Mount Olive Baptist Church.

Brentwood Retirement Community offers assisted living. The facility is a great alternative for residents who require assistance with common activities like preparing food, hygiene, and housekeeping, but who are able to move around and are somewhat independent.

The estimated monthly cost for this facility is about $3,735. The Muscle Shoals estimate for the same level of care is about $3,361. While the US average cost is approximately $3,500, Alabama is about $2,894 per month. 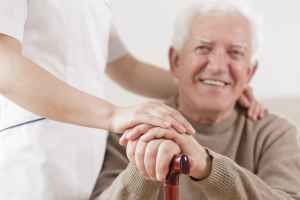 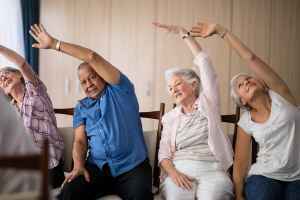