Claru Deville Nursing Center is a 90 bed nursing home facility situated in Fredericktown, Missouri. The community is in a predominantly low income area, with an average household income of $34,122. With approximately 12,000 individuals residing in the zip code of 63645, it has an average population density. It is located near retail shopping, churches, health care facilities, and other local amenities. They're located just 1.01 miles from Madison Medical Center. There are 2 pharmacies within one mile of the community. There are also 2 churches within four miles, which include Church of God of Prophecy.

Claru Deville Nursing Center offers nursing home care and dementia care. The community is a great choice for residents who are mostly confined to their bed and who need to be cared for by medical professionals 24-hours a day. They can also accommodate residents who are suffering from dementia and who have difficulty with daily chores, and who require close attention on a routine basis.

This community features many different services and amenities. Property amenities include a communal dining hall and a game and recreation room. Also offered are dialysis care, speech therapy, wound care, physical therapy, nurses on site, and other health services. Additionally, they offer various personal services that include local transportation and a staff available 24/7.

Claru Deville Nursing Center has operated since 1992 and are licensed with Medicaid as well as Medicare. They received an aggregate score of 3 / 5 stars in the most recent data published by Medicare. This score is based upon a collective measure of staffing reviews, health and safety inspections, and overall quality. They had 0 total penalties imposed, 0 complaints reported, 0 fines imposed, 11 deficiencies reported, and 0 payment denials within this reporting year.

Question
What is the cost of care at Claru Deville Nursing Center? 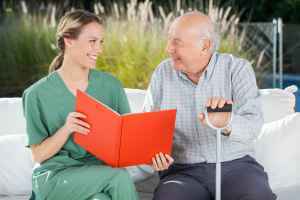