I had placed my mother at Preakness Healthcare Center in Wayne, for short term sub acute care after her hospitalization. I found the care excellent. The staff was very attentive to my mother's needs and the the facility was clean and beautiful. I had checked out other facilities and found that Preakness Healthcare Center was the best choice. We were not disappointed.

The facility is very good: new and clean and very accommodating. The staff members were very courteous, attentive and caring. The administration was very difficult to work with - reluctant to release patient medical records, labs or any notes and slow to respond to our requests for dietary changes or supplements. In fact, it took weeks of requesting and a call to the county administration to get results of blood work for my father. They wouldn't allow us to exercise my father in fear of litigation if he should be injured although their physical therapists wouldn't provide exercise since my father was too slow to obey their instructions. My father's muscles had severely atrophied as result. The quality of their doctors is questionable, though. The doctor assigned to care for my father, Dr. *****, a Pulmonologist with offices in Wayne and other towns in northern New Jersey, was responsible for my father's death due to over prescribing Lasix, a diuretic that caused severe dehydration and kidney damage despite the family's pleas to reduce the dose. My father was not in the nursing home side of the facility, he was in the rehab and vent unit with the intention of being weaned from the vent (which he was doing with success - my father's was a fighter) and then discharged to come home. Unfortunately he didn't have a chance under the care Dr. *****. The facility provided a list of doctors to choose from with no information about their experience. We were on our own to research each doctor using the Internet. With the little information we could find about any of the doctors we chose Dr. ***** based on his specialty in Pulmonology. If I were able to find an informative review such as the one I'm writing we would never have chosen him. His instincts are poor and he's not attentive to the patient's physical condition. He preferred to doctor by proxy deferring to lab reports and protocol in lieu of physically examining the patient. If he had looked at my father's body he would have seen for himself that the Lasix was sucking the life out of him - my father was literally down to skin and bones. The doctor refused to listen to us despite the fact that we had months of experience dealing with other doctors caring for my father and we knew what my father tolerated or not. Dr *****'s arrogance and negligence killed my father. I would not recommend him to anyone and as far as the facility, I would be sure to try to find as much information as possible about their doctors before selecting any one of them to help you or your relative.

My father was sent there for continued nursing care and assigned a Dr. Ghassan Wardeh, one of the Pulmonologist providing services. Dr. Wardeh over-prescribed Lasix which killed my father. We saw that the life was being sucked out of my dad and requested several times that the dosage of Lasix be reduced, but the doctor refused claiming the benefits for his heart. My dad died of dehydration and kidney damage that caused his heart to stop. This facility does not screen their doctors nor are they able to provide any information about them. Anyone needing medical attention should be warned that this is a "skilled nursing facility" (in addition to being a nursing home) and the doctors seldom visit nor do they follow up regularly. The nurses defer to whatever the doctors prescribe and that's the end of it. There's no thinking going on there.

Located at 305 Oldham Rd in Wayne, New Jersey, Preakness Healthcare Center is a 406 room nursing care facility. With approximately 56,000 poeple living in the zip code of 07470, the neighboring area has a dense population. It is a mostly upper class area, with an average family income of $104,063. It is surrounded by houses of worship, retail shopping, medical services, and other local amenities. They're located only 0.59 miles from Wayne General Hospital. There are numerous drug stores within a mile of the community. There are also numerous churches within four miles, including Temple Beth Tikvah, St Gerard Rc Church, Grace Church of Wayne, and Preakness Baptist Church.

Preakness Healthcare Center offers nursing home care. They can care for individuals who are severely infirmed and need assistance with routine activities and who need to have frequent access to health care services.

Estimated monthly costs of care for Preakness Healthcare Center are approximately $13,614. This is above the $11,468 estimated cost in the city of Wayne. The average cost for New Jersey is about $9,000, versus $6,360 nationwide.

Preakness Healthcare Center has been registered with Medicaid and Medicare for 23 years. They obtained a total of 2/5 stars in the latest Medicare reporting. This rating is based upon a combined measure of staff reviews, all-around quality, and safety evaluations. They had 4 complaints reported, no fines enforced, no total penalties enforced, 10 deficiencies reported, and no payment denials within this year. 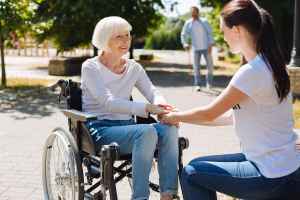 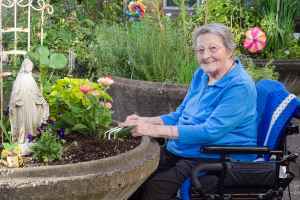 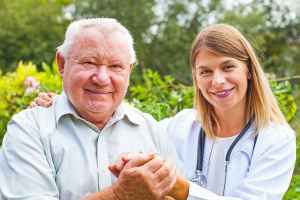 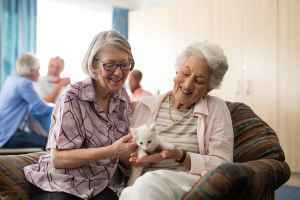 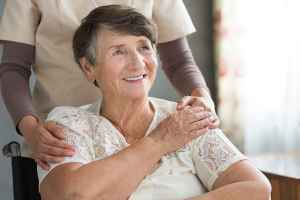 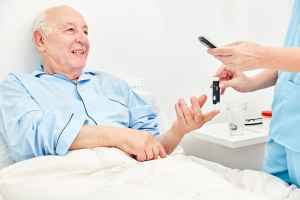 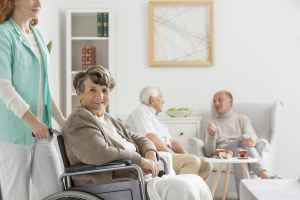 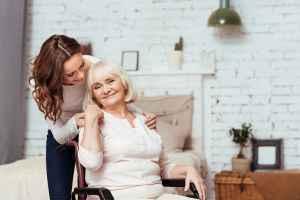 The Wanaque Center For Nursing and Rehabilitation