Remembering The Past, Advancing The Future: The Greatest Generation

On the stage he sits - jacket pressed, medals polished, hat tipped slightly forward to offer relief against the midday sun. He’s slope-shouldered and pale, hands curved tightly against his cane (he refused the wheelchair rally officials offered to him earlier; would concede neither his age nor his aching bones). At ninety-three, he’s decades older than those in the crowd, and the many generations that peer up at him now seem so young and strange.

They all fall silent, however, as he finally stands - hobbling his way toward the microphone, wincing from both the effort and the heat. He gives a small tug to his collar, checking that it’s still folded neatly; and then he begins to speak, sharing a story that is still all too terrifying. It’s one of loss, struggle, and the high cost of justice. He is a World War II veteran... and he’s among the last of his kind.

In 1936, Franklin Delano Roosevelt took the stage at the Democratic National Convention. There he delivered a speech that was as powerful as it was prophetic - with the President saying: “There is a mysterious cycle in human events. To some generations much is given. Of other generations, much is expected. This generation of Americans has a rendezvous with destiny.” These have become the defining words of the Greatest Generation.

For those born between 1900 and 1924 - and who then served the nation during World War II - the name of Greatest Generation was both well-deserved and well-earned. It was through the contributions of these brave men and women that peace was achieved across the globe; and it was also through them that the United States rose to become an economic and social power. They defined the years to come.

Those years are now passing all too quickly, however. According to a study conducted by the National World War II Museum:

These numbers show the sad pattern forming in the United States, with those of the Greatest Generation succumbing to age and illness; and many wonder how their passing will affect the ones soon to inherit the county - children and young adults of the X, Y, and Z Generations. What will these individuals lose when the final veteran falls? What teachings may be soon forgotten?

Answering these questions is crucial for the future of the country - allowing young minds to fully realize the importance of the ones who came before.

Remembering the Lessons Learned and the Values Earned: Understanding the Impact of the Greatest Generation

In 1939, the world went to war - with the Allies (the United States, Britain, China, France, the Soviet Union, Australia, Canada, and other factions) battling the Axis Powers (Germany, Italy, and Japan). It was, and is, the deadliest conflict ever recorded in human history; and the World Mic reports that approximately 70 million men and women fell during the six-year span.

This is all too shocking, with no other battle approaching the dangerous frenzy of World War II:

Today’s adults can’t fathom the horror witnessed on the battlefield - nor can they appreciate the sacrifices made by those who served in both the military and at home. The teachings these men and women offer must, therefore, be studied with the greatest of care... if only to ensure they’re not lost in the future.

With the arrival of 2007 came a recession. A series of financial missteps - which, according to the Economist, included pooled mortgages, a sudden plummet in global interest rates, subprime borrowing, and uncorrelated loans - led the United States into record-low GDPs. Europe and Asia soon followed, and an international crisis developed.

It would take five years for the markets to experience a sliver of stability - and, during that time, the world’s population was forced to evaluate its disposable strategies. Excess consumption was no longer possible; the value of the dollar was no longer strong; and embracing a more, more, more philosophy was no longer wise.

None of these factors influenced the Greatest Generation. In the wake of World War II, they instead showcased the importance of precise finances - with the Mercatus Center of George Mason University reporting “a burst of deficit-financed government spending... [that] created an economic boom... [that] laid the foundation for long-run prosperity.” These men and women fused the post-war period with strong employment rates, increased manufacturing, and improved GDP investments. They bolstered the economy through hard work and careful planning.

This lesson is vital for the generations to come. With the end of the 2007 recession, old habits have (once again) emerged. Investopedia notes a return of the Disposable Society, with consumers tempted to constantly spend their money on new products and services... even when they’re not needed. This lack of restraint can easily trigger yet another market downfall.

With the passing of many seniors, the United States may lose its only connection to smart money management.

The Burden of Sacrifice

None can deny the tragedies witnessed by the Baby Boomers and Millennials. They’ve experienced political, social, and racial upheaval; and they’ve participated in many battles. These battles, however, fail to approach the horrific scale of World War II.

According to Military Factory, the sacrifices made by the Greatest Generation surpass all of the total casualties earned during the last 66 years:

Those serving in World War II saw their brothers and sisters fall - in numbers too great to comprehend. Yet, they volunteered to fight in record numbers, with the total number of military personnel rising from 334,373 in 1939 to 12,209,238 in 1945. Their dedication remains unparalleled.

It also stands as a message to the future: reminding U.S. citizens of the cost needed to combat injustice. Will this message fade in time, however? Will the passing of the Greatest Generation lead to a lack of courage?

The Importance of Empowerment

In the wake of World War II, the United States experienced a workforce shift. Men sailed overseas, leaving the factories abandoned and the economy stalled. Industrial gaps plagued the nation - and women were suddenly tasked to fill them.

According to History.com, they succeeded. The female percentage of the country’s workforce jumped to 37% during the war, leading to one out of every four married women seeking employment outside of the home. This sudden empowerment led to a critical change in the United States, with men no longer the only industrial innovators.

That innovation has recently, however, slowed. According to the American Association of University Women, a massive pay-gap separates the sexes, with the majority of female workers earning only .79 to every $1.00 earned by their male counterparts. This disparity is both unfair and unlawful (President John F. Kennedy signed the Equal Pay Act in 1963, but this is rarely enforced); and it represents a massive leap backward for empowerment.

The iconic Rosie the Riveter inspired millions of women. Now that inspiration is scarce - and, with so many female veterans (including nurses, civilian aids, and air-force pilots) passing, many wonder if it can ever be truly reclaimed. What effect will the loss of America’s heroines have on the future?

The Stories of the Past

George Santayana said: “Those who cannot remember the past are condemned to repeat it.” World War II remains the greatest tragedy of human history. Too often, however, is that tragedy framed in the context of school books - with children exposed to censored accounts and statistics. These words lack power when offered in black-and-white.

When spoken by veterans, however, they take on many (terrible, inspiring, unforgettable) meanings.

Veterans are the nation’s true historians, offering accounts of their days on the battlefield and the friends they lost. Through these accounts, they reveal the truth. What will happen to this truth when they pass? Will it be confined to the academic community? How will future generations understand the weight of every decision - and the cost of fighting for something greater than themselves?

The hours pass slowly, with his audience listening with ragged breaths and wet eyes. Finally, he stops, sighs, bows his head. The story is over. He walks carefully back to his chair, body aching from standing so long and ears humming with the memory of explosions.

The applause that follows him manages to drown it out - if only for a little while.

What will happen, though, once that applauds falls silent? What future faces the American public when he (and other veterans) pass? Will it be a sudden:

National Council on Aging 2015 Survey Results: What Matters Most for Seniors? 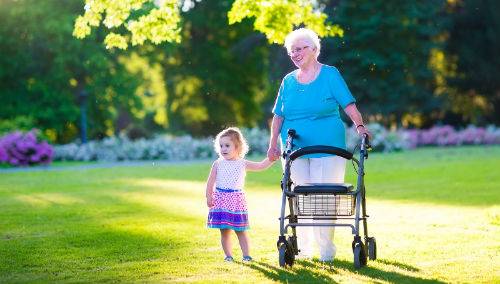